Making the switch to an IP-based telephony service

As traditional ISDN and PTN phone lines are decommissioned with the rollout of the National Broadband Network, Australian businesses need to find the right IP-based telephony service to replace them.

As the National Broadband Network continues to be rolled out across Australia, businesses are given the opportunity to switch to an IP-based telephony service. By September 2019, it is envisaged that 60 per cent of all copper-based ISDN services will be disconnected so that by 2022, the entire network will be decommissioned. While it sounds like a hassle, it’s actually a chance to upgrade your phone line thanks to Telstra Business SIP.

Not only do modern Business SIP Trunks provide clearer audio, voice encryption and advanced features like mobile-call rerouting, they can also support existing phone equipment, which can in turn reduce the cost of making the switch. 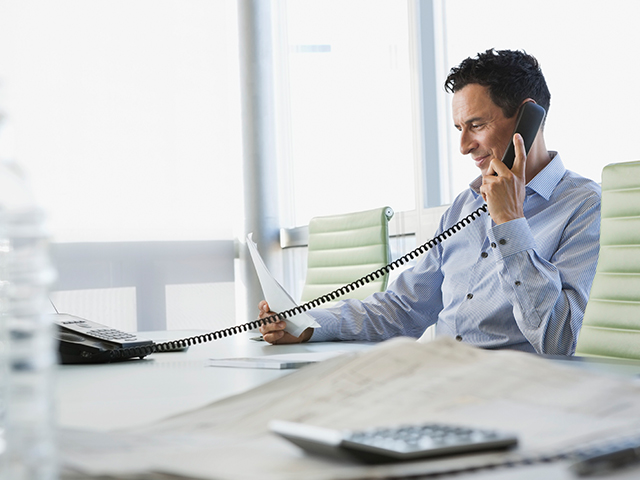 Higher-quality calling is one of the major benefits to making the switch, says Telstra’s General Manager of Unified Communications Michael Booth. Over IP, phones can make use of wideband audio codecs which “essentially give HD-audio quality to your voice” – something that was not possible on legacy platforms.

“Let’s say someone put a backhoe through the cable that runs to your premises,” Booth says. “We could have a platform configured automatically to detect that and then divert calls to your mobile.”

One of the best things about Business SIP is that it’s access-agnostic, capable of running across a variety of internet environments.

“It can run on almost any internet service,” Booth says. “Although it does run best on a Telstra Business Broadband service because we've conditioned that network to understand voice traffic better than other traffic and so it gives a level of prioritisation to that traffic.”

The fact that customers don’t have to invest in new equipment is another factor that makes the switch to Business SIP an inexpensive move – although for those looking to maximise their new connection, there are new products on the market which exploit the additional capabilities of IP telephony.

You’re in controlOne of the benefits of switching to Business SIP is a user-controlled migration and activation experience.

“But what Business SIP has done is...replace the traditional ISDN network. The portal allows the end user the flexibility to cut over the Business SIP at the time that's convenient to them.”

With the customer in control of their migration, they are able to test the service for the seven-day trial period, and switch back to their former service if they aren’t satisfied. Although for many the move is almost seamless – so much so that Mark Dean, Director of Direct Pool Supplies, said when they switched from an ISDN to the SIP service, staff were unaware of the transition.

“Working with Telstra on this was a very enjoyable experience and everything is now working perfectly,” Dean says. “It was very simple to set up and it ran smoothly - we had no problems at all.”

Another key benefit of IP telephony is how fast it can be provisioned - while activation of some legacy products could take upwards of a month, Business SIP can be up and running within three days.

“Activation of some traditional services is governed by the fixed network that needs to be put in place,” explains Wong. “But Business SIP being an access-agnostic product, we've been able to give a customer a working service within around three days. And that’s really just the time it's taking for us to ship equipment out.

“We broke quite a few barriers with this particular product.”