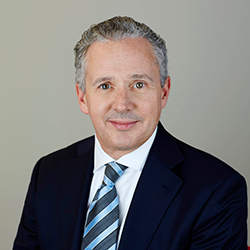 Andy Penn became the CEO and Managing Director of Telstra, Australia’s largest telecommunications company, on 1 May 2015. At Telstra Andy is leading an ambitious change program transforming Telstra to be positioned to compete in the radically changing technology world of the future with 5G at its core.

Andy has had an extensive career spanning 40 years across 3 different industries - telecommunications, financial services and shipping. He joined Telstra in 2012 as Chief Financial Officer. In 2014 he took on the additional responsibilities as Group Executive International.

Prior to Telstra, Andy spent 23 years with AXA Asia Pacific Holdings, part of the AXA Group, one of the world’s largest insurance and investment groups. His time at AXA included the roles of Chief Executive Officer 2006-2011, Chief Financial Officer 2000-2002, Chief Executive Asia and Chief Executive Australia and New Zealand. At AXA, Andy was instrumental in building one of the most successful Asian businesses by an Australian company that was sold to its parent in 2011 for more than A$10bn.

Outside of work Andy has a deep passion for the visual arts. He is Patron, on behalf of Telstra, of the National and Torres Straights Islanders Arts Awards (NATSIAA) and he paints in his spare time. Andy is also active in supporting community and social causes. He is Life Governor of Very Special Kids and an Ambassador for the Amy Gillet Foundation. He serves on the advisory boards of both The Big Issue Home for Homes and JDRF. In 2018 he was voted by the Financial Times number 8 in the top 50 male leaders globally in their HEREOS champions of women in leadership report.

Andy holds a National Certificate in Business Studies with distinction, he is a Fellow of the Chartered Association of Certified Accountants of England and Wales, he has an MBA from Kingston University London and he is a graduate of Harvard Business School’s Advanced Management Program. 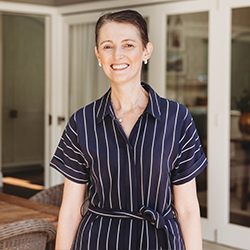 As Chief Financial Officer and Strategy & Finance Group Executive, Vicki Brady guides the company’s financial performance and reporting, leads the development of and progress against its corporate strategy, and oversees its risk and internal audit capabilities, with the aim of delivering shareholder value over the long term.

Vicki joined Telstra in 2016 and was most recently Group Executive, Consumer & Small Business. In this role she led a business unit with $14.6 billion of income and was one of the architects of the T22 strategy. Prior to this Vicki was Group Managing Director, Sales & Service and Group Managing Director, Consumer, with responsibility for the implementation of a customer-led strategy and operating plan for Telstra's contact centres, stores, digital channels and business centres, lifting customer experience, commercial performance and driving cultural change. She also has extensive executive leadership experience in telecommunications and services companies in Australia and internationally, having worked for organisations including Optus, SingTel and KPMG. 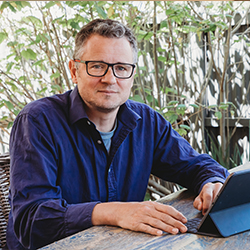 Michael Ackland was appointed Telstra’s Group Executive, Consumer & Small Business in April 2019, after acting in the role since September 2018. Michael works to create and deliver the best experiences possible for consumers and small business customers through radically simplifying our products and services, while also working to transform the experience customers have with us.

Previously Michael was Telstra’s Executive, Sales and Service, where he led Telstra’s Consumer & Small Business sales and service channels, including Global Contact Centres (GCC), Telstra Country Wide (TCW) and Telstra Digital. He joined Telstra in 2016 as Executive Director of Telstra Country Wide, and was responsible for over 350 retail stores and over 16,000 partners nationally.

Michael joined Telstra from GE, where he held the role of CEO GE Healthcare, Australia and New Zealand. At GE, Michael held various executive leadership roles across GE’s Australia and New Zealand business, including financial services, corporate and healthcare divisions. Prior to GE, Michael was Principal at the Boston Consulting Group, where he worked for eight years. 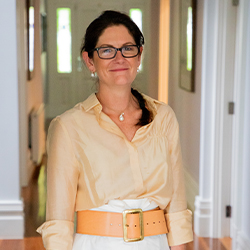 Alexandra Badenoch became Telstra’s Group Executive Transformation & People on 1 October 2018. This role leads the development of Telstra’s transformation roadmap and orchestrates the delivery of its key priorities with a focus on transforming the way employees work and strengthening employee engagement.

Alex re-joined Telstra in August 2016 to take up the role of Group Executive Human Resources. In this role she was responsible for the provision of strategic advice and support to the business in the areas of Organisational Development and Performance, New Ways of Working, Talent, Recruitment, Remuneration and Rewards, HR Systems, Health Safety & Environment and Workplace Relations.

Prior to this, she was Director of Human Resources, Corporate Affairs and Customer at Asciano, Australia’s largest rail and ports operator, and brings a wealth of experience dealing with a highly diversified and international workforce.

Known for her change management skills and ability to deliver strong commercial outcomes, Alex has designed and implemented key initiatives to drive successful change across multiple organisations, including Novell Inc and Coles Myer.

Alex has a Bachelor of Arts (Psychology and Criminology) and a Graduate Diploma in Human Resources from the University of Melbourne. 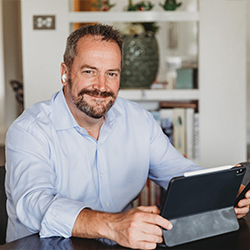 During his last 6 years with Telstra, David led Global Services and International within Telstra Enterprise, Telstra’s A$6 billion services and solutions business for enterprise and government customers. In this role he was responsible for designing, building and managing an integrated services capability for Telstra’s business, enterprise and government customers in Australia and around the world.

David has three decades of experience in the telecommunications and technology sectors. Prior to joining Telstra, David was General Manager, IBM Global Technology Services. Based in London, he was responsible for IBM’s IT services and outsourcing sales and delivery functions for the United Kingdom and Ireland. He also held a number of industry facing roles at IBM covering the financial services, utilities and government sectors. David began his career as a marketing representative at IBM in Adelaide.

David holds a Bachelor of Business, Marketing and Entrepreneurship from the South Australian Institute of Technology (now the University of South Australia). He is also a member of the TelstraSuper board of directors. Michael Ebeid joined Telstra on 8 October 2018 as Group Executive, Enterprise. In this role he is responsible for revenues in excess of $8bn and managing a growing business that delivers connectivity, platforms, applications and tailored industry solutions to Telstra's enterprise and government customers. The role also includes responsibility for Enterprise's international operations, with approximately 3,500 people in 20 countries and the largest subsea cable network in the Asia Pacific region.

Michael is a strategically focused CEO with more than 30 years' experience across the technology, telecommunications and media sectors. Michael has a successful track record in leading organisational change and transformation, nurturing creativity and innovation, and is passionate about workplace culture, leadership and diversity.

Michael joined Telstra from SBS where he had been the CEO and Managing Director since 2011. In this role he significantly evolved the public broadcaster's portfolio with four distinctive TV channels, an extensive in-language radio offering and new market-leading digital services like SBS On Demand which now has over five million registered users with high audience engagement. A continuous focus on driving a high-performance culture, coupled with a program of continual efficiencies, made SBS Australia's most agile broadcaster.

Prior to Michael's media career, he spent 10 years in telecommunications with Optus between 1995 - 2005. The first five years were in Optus' Enterprise and Government Division as the General Manager, Commercial, working closely with the Sales and Product teams. Michael then became the Director of Commercial Operations for the Consumer and Multimedia Division for five years, where he led a major transformation of the division which led to a tripling of its revenues.

Michael began his career in technology at IBM (1986 – 1995), where he held various finance, sales and marketing positions across Australia and Asia.

In 2017, Michael was awarded a Member of the Order of Australia (AM) for his service to Broadcast Media and Multicultural Affairs as an executive, innovator and business leader and was also named CEO of the Year at the 2017 CEO Magazine's Executive of the Year Awards. Michael was appointed as a Trustee of the Sydney Opera House Trust in January 2018.

Michael has a Bachelor of Business from Charles Sturt University and has completed the International Executive Development Program at INSEAD Business College in France and the Media Strategies Program from Harvard Business School in Boston. 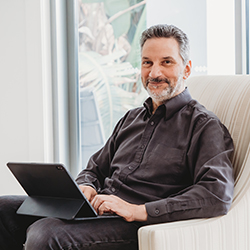 Relocating from Toronto, Nikos Katinakis joined Telstra on 15 October 2018 as Group Executive Networks & IT. In this critical role Nikos is responsible for ensuring Telstra delivers next generation network technologies to create the largest, smartest, safest and most reliable networks in the world. This includes rolling out new technology developments, such as those related to 5G, as well as maintaining and enhancing Telstra’s IT platforms.

Nikos was previously Executive Vice President Networks for Reliance Jio in India where he was responsible for rolling out the first pan-India 4G LTE Network, with a focus on data management, and enhancing and stabilising the various operating platforms. In his second Jio assignment, Nikos led their wireline/fixed consumer business with the objective to launch full commercial services across major cities in India, while fully automating and simplifying workflows and the customer experience. Prior to this, Nikos was SVP of Architecture and Technology Development for Network and IT at Canada’s Rogers Communications, as well as Chief Information Security Officer, where he was responsible for the technology strategy, selection, and roadmap that guided Rogers’ deployment of next generation capabilities across all access networks and services.

Nikos has held multiple board and industry positions, including at ATIS, CATA and the University of Toronto, as well as at UXP Systems, a digital life company which was recently acquired by Amdocs.

Nikos has a Bachelor of Electrical Engineering degree from McGill University in Montreal. 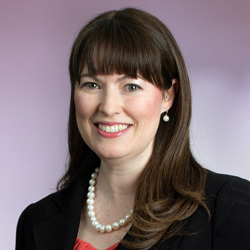 Carmel Mulhern is Telstra's Group General Counsel and Group Executive Legal & Corporate Affairs. She is responsible for providing legal advice to Telstra's Board, CEO and senior management. Carmel is also responsible for protecting and enhancing Telstra’s reputation with responsibility for communications, government relations, sustainability, regional affairs, regulatory and compliance. Since joining Telstra in July 2000, she has been the General Counsel within the Finance and Administration business unit and Telstra’s Company Secretary, reporting to the Board. She has a Bachelor of Arts (majoring in government) and a Bachelor of Laws from the University of Queensland, and a Master of Laws from Monash University (majoring in directors’ duties). 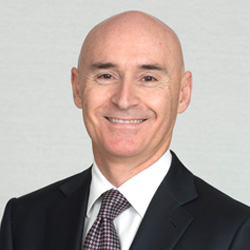 Brendon Riley became the CEO of Telstra InfraCo on 1 October 2018. In this role Brendon is responsible for efficiently leveraging Telstra’s significant portfolio of assets, ensuring it maintains and monetises these assets and meets its obligations to wholesale customers. Brendon also continues to be responsible for the Telstra Health business.

Brendon previously led Telstra Enterprise where he was responsible for providing services to thousands of enterprise, government and international wholesale customers. Telstra Enterprise has revenues in excess of A$8 billion per annum and operations in 20 countries.

Brendon joined Telstra in 2011 as Chief Operations Officer (COO) with responsibility for all aspects of Telstra’s operating environment, including networks, field services and the NBN. During his time as COO, Telstra deployed its award winning 4G LTE mobile network, developed its Network Applications and Services business and transformed the division’s operating model to align with the company’s long-term strategy.

Prior to joining Telstra, Brendon spent more than 25 years with IBM and held a number of senior executive positions in Europe, Asia and Australia, including the Head of Europe and CEO of the United Kingdom and Ireland.

Brendon is currently a member of the boards of Foxtel, Ooyala and Telstra Ventures. He has also served as a member of the President’s Council of the Confederation of British Industry and as a Director of the Juvenile Diabetes Research Foundation and the Australian Chamber Orchestra.

Brendon has a Bachelor of Business in Information Processing from the Western Australian Institute of Technology (now Curtin University). 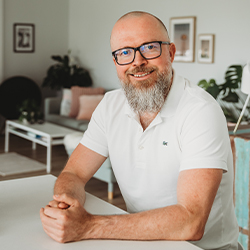 Kim is currently Senior Vice President, Head of Global Technology Strategy with the Telenor Group, a leading telecommunications company with operations across Scandinavia and Asia.

Before joining Telenor in 2008, Mr Krogh Andersen served as an officer in the Danish Army for 13 years.